FILLERS OR MASSAGE – WHAT IS BETTER?

Our life is full of emotions and stereotypes. All the feelings and habits display in a our gestures, words, and most important — in the facial expression. The mimicry retains something with which we are always fighting — our wrinkles. As the map of life, they talk about our experiences, conveys most often emotions: anger, joy, resentment, happiness, excitement, surprise, pain, delight…

FILLERS – IS EVERYTHING ALREADY KNOWN?

Today filler injections are one of the most popular beautyprocedures. Only in Britain they are produced up to half a million per year. But British doctors, more and more often confronting with the side effects of the fillers, say that they are not safe.

The British Association of Plastic Surgeons indicates that not everything has been sufficiently studied and regulated in respect of such injections. First, gels-fillers were initially developed for the replacement of the tissues for people affected by the syndrome of atrophy and tumors, were tested as «material» for these purposes and only then, with time, have been applied in cosmetology.

Having collected the data on 823 patients affected by such procedures, the scientists made the following conclusions. The majority of the clients — women of 50-60 years. In addition to the rather probable reddening and swelling after the filler injections, they had paralysis of the face and lips, the distortion of the facial features, eye problems and allergic reactions. Nineteen unlucky hunters for beauty were hospitalized with the infection and severe allergies, which caused breath difficulties.

PROBLEMATICS “FROM THE INSIDE”

Some fillers after injectin do not sprout new molecules of collagen and elastin, and acquire fibrous tissue, creating the «balls». When the next biorevitalisation takes place, gel often gets to the same place inside the «ball», and is in it, as in the capsule. The tunic of the fibrous tissue restricts the access of water, therefore the gel cannot «expand» in its full volume and spectrum. It is not dangerous if not operated. For example, a circular lifting of the face oval needs a skin detachment from the muscles. At the time when this “ball” gets under the scalpel, a big amount of exudate and blood get to this gel. And only then, without restrictions, it starts absorb everything.

One of my clients used to regularly consult with an esthetician and she was injected with hyaluronic acid. Having risked for the operation of circular face lift with the blepharoplasty, she couldn’t even imagine what result she would face.

The operation was unsuccessful. The surgeon  did not take into account the fact that there was too much hyaluronic acid in the tissues. In case of contact with a big amount of released exsudate during the operation, fillers that were in the tissues, increased in size enormously. Face covered with edemas of three to five centimeters size. In places where the injections were made in the wrinkles, the bundles as thick as a finger formed.

Edema haven’t disappeared for 45 days. Despite the previously input fillers, wrinkles «widow» and «puppet” became clearly visible on the face. It’s hard to describe the client’s feelings. Depressive psychological state was completely reflected on her face. The surgeon who operated her,  accused cosmetologists of everything happened, and they  only shrugged in response. It was necessary to save the situation, complicated with post-operational depression.

IS THERE ANY ALTERNATIVE?

So should we immediately use injections and operations? Or maybe at first it’s better to think about it, to analyze the situation and to resort to less dangerous and traumatic methods of rejuvenation?

But let’s get back to my unlucky client, the rehabilitation of whom I took care, using several massage techniques together: Hawaiian (the transformation of negative emotions and energy into the positive ones by a leading of the client into the alpha state) Ayurvedic massages (the work on the points of «Health» and chakra areas), Shiatsu (stimulation of the energy currents in tissues), the elements of a Spanish massage FTE, which gives a great lifting effect, making the emphasis on muscle stimulation. That is how massage «Hollywood Plastics» appeared.

«Hollywood plastics» is a unique method of solutions without injections to the problems connected with the wilting of a face, neck, neckline. The procedure is directed to the anti-gravity ptosis and to fight with the imprint of active mimicry (grimaces). The massage is performed in five stages, during which the muscles relax, spasms relieve, which can lead to skin logjam, all muscle lines of a face are massaged. The function of fibroplast is stimulated for the development of collagen and elastin, muscle tone is stimulated, the residue of the metabolism processes remove with the help of a lymph drainage.

Due to a specially developed cosmetic oils, massage procedure brings a maximal effect. Massage technique is exclusive and enough complex in fulfillment, but the gratitude of the clients fully compensates the work of a specialist.

With a help of a lymph drainage massage we realize the clearing tissues of the face, a neck, a chest from the stagnant lymph.

The main reasons of the edema:

• Hypodynamia  — a skeleton muscle tissues is not in a good shape.

• Hyaluronic acid injections (HA) — as the main function of HA molecules is the attraction and retention of water molecules. Excessive injections of HA lead to weighting of the tissues and their subsequent gravitational ptosis (sagging) because no one canceled the laws of gravity.

• Permanent position «upside down»- because of the same gravitation and the other mentioned reasons,  lymph stagnates and accumulates.

• Plastic surgery — surgical intervention is accompanied by the injuries of the destructive character for the vessels and lymph ducts which will never be renewed and for nerve endings as well.

• Diseases of the heart, kidneys, and so on.

The basis of the technology of this stage is a method of relaxation, simlar to the technique of Hawaiian massage Lomi-Lomi (temple-style), the main task of which is the introduction of a person, if being more precisely, his psychoemotional in the alpha-state (when consciousness is between dream and reality).

Deep and natural restoration and balancing of psychological and emotional brain state happens exactly at this stage. Alternative movements of the Hawaiian massage technique transfers into the synchronous motions like a smoothing technique of the Indian massage Abhyanga for the deeper impact. There is also the effleurage of chakra zones (zones of nerve endings concentration) in the «third eye» and the solar plexus areas, which leads to deep relaxation. This technology is similar to the technique of the massage with semiprecious stones Ratnabhyanga.

The main essence of this stage is the author’s technique of stimulation and deep muscle antagonist muscles petrissage which form grimaces, as well as the modeling of facial contours. It is important to start with the left side of the face, and then to move to the right one – it is associated with a physiological structure of the human body.

Rhythmic tapotement of different amplitude and various efforts in the rhythm of Zouk. Principles and understanding of the processes are similar to the basis of the Caribbean massage, in which a striking effect of toning up the muscles is achieved due to the friction of the fibre against each other. Such processes activate internal reserves in tissues and muscle fibre that is expressed with a clear aesthetic effect.

Slowing down the rhythm, we gradually return the alpha-relaxation stage described above. The well-known elements of Ayurvedic head massage Shirodhara are applied for completeness of the sensations.

IN THE EFFORT TO RELAXATION

Client are actively fighting in the room of a cosmetologist with the expressed facial manifestations of tiredness, lack of time and, what is even more important, lack of love. Do not forget to repeat them that only love, peace and tranquility relax the facial muscles and smooth the wrinkles. A cozy, warm room of a beauty shop, of a yoga center, of a masseur is the best place for relaxation. And a specialist will help you to relax, to get rid of a mimic mask. Of course, you can go under the surgeon’s knife or tear the skin with constant injections. But do we need it, when there is a more pleasant and effective means? 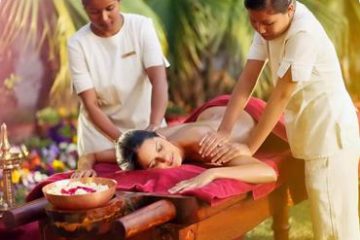 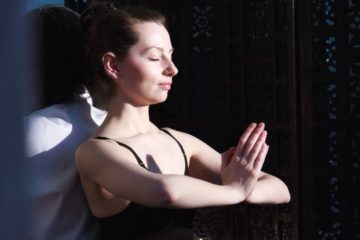